Nothing is worse than that moment of panic when a pipe gets clogged, and liquid plumber doesn't do the job anymore. 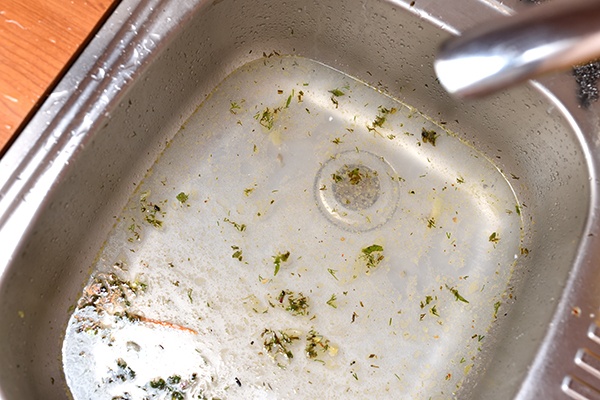 For some, calling in the professionals is a last ditch effort, and it's all DIY until you can't DIY anymore. The holidays are over, and those drains have seen it all, between guests and family putting extra work on the utilities this season - it's time to clean it all out and start fresh for the new year.

Maybe you're not at that point of clogged messes yet, but you can tell the sink isn't draining as fast, or the toilet isn't flushing quite as quickly as it should. Don't put yourself in that panic of needing a 24-hour plumber bc the pipes waited til the middle of the night to disrupt EVERYTHING. Products like Liquid-Plumr or Drano are made for problems close to the surface, so if you can see a little bit of a clog, then these products could work. But if you're looking down the pipes, even going as far as shining a bright flashlight down it and you're still not seeing the clog? Those store-bought "fix all's" will NOT help you here. If you try to use these store-bought pipe cleaners, they could damage your pipes further or even cause health issues for the person using it (since it's very toxic chemicals being poured down the drain).

Addressing these issues yourself will require you to get a little dirty, and fair warning, what you pull out of those drains could easily make you nauseous if you tend to be squeamish. This is another reason why a professional would be useful since even though it isn't always pleasant, they are at least used to these findings and can stomach it a bit better. U-shaped pipes are messy but an easier fix, just as long as there is a large enough pan or bucket underneath the pipe when taking it apart because there will be spillage. If it's a clog that can be snaked out, this is an easy fix as well because a powerful enough snake can get all that gunk out and clear the pipes up. Plunging is also an option, especially when it comes to toilet issues but sometimes things just get too stuck in the pipes and a plunger accompanied by a new human arm isn't enough.

In this case, it might be best to put this problem into the hands of a professional and watch your worries fade away. You'll have the comfort in knowing the job was done correctly and won't have to worry about messy aftermath. No one likes picking the hair out of the shower drain, but doing so could prevent all this in the end! Otherwise, just contact Kost Plumbing, we can clean out those pipes and make the water flow like new again.

Quick Tips for Maintaining a Septic System in Central Florida

For those of us here in Florida not connected to a municipal sewer system, a septic tank on the property is most likely what you would find. Septic tanks can be a breeze to maintain if you follow a few helpful tips on what and what not to put into the system and how to care for the area around the system.