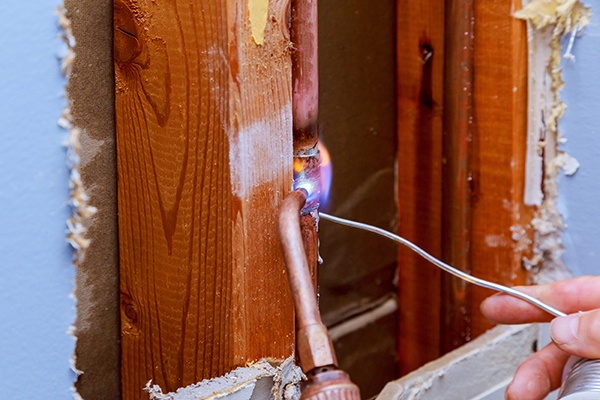 Unrelated to water quality, changes in water chemistry have caused the water to become aggressive toward the copper piping resulting in subsequent problems like internal pitting corrosion - leading to what’s known as “pinhole leaks”.

So, why are pinhole leaks dangerous?

Pinhole leaks are a big issue for several reasons. First, they are rarely discovered until they have inflicted significant damage to your home. Pinhole leaks may occur in the ceilings and walls, surrounded by insulation and support beams.

Because they are so small, they don’t cause the telltale signs of lowered water pressure or water damage - giving them plenty of time to rot out the insulation and support beams one small drop at a time. Pair that with the fact that many homeowners believe their copper pipes are durable, and you end up with a mess on your hands.

Given that pinhole leaks are so small and nearly impossible to detect, the only fail-proof way to catch them before they cause extensive damage is to have the plumbing system in your home checked at least once a year by a professional plumber like Kost Plumbing. Serving the Ocala Area.