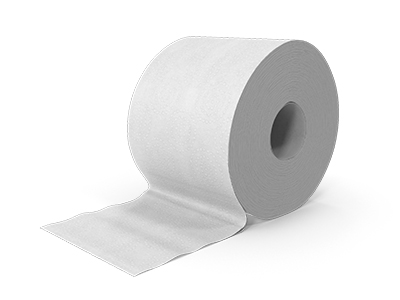 Scientists have proposed a two-step process for converting toilet paper, taking it from unwanted waste to a product that's quite useful. For chemists actively researching the idea of using toilet paper as a resource for generating electricity, they hope to achieve the "ultimate waste recycling concept."

Since the cellulose contained in toilet paper comes from trees, the electricity produced is renewable. It offers an excellent opportunity for meeting society's demand for renewable energy. Further, while most renewable resources often show discontinuous peaks (plant stems can be recycled, but only after the harvest; sunlight is only available in the daytime and depends on cloud cover, and wind supply is unpredictable), waste toilet paper, on the other hand, is a continuously available resource.

The proposed system's capital costs are still relatively high (mainly due to the fuel cell investment costs). Still, they are expected to decrease as the fuel cell market develops.

While the project team is currently undertaking the Amsterdam project, they are excited about plans to take their concept abroad, even speculating the first Waste Toilet Paper to Electricity plant being built in China.