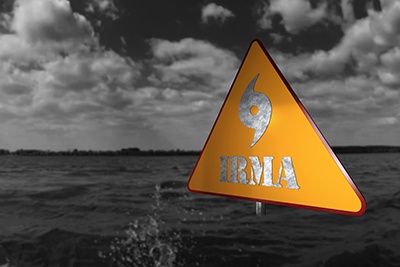 If you live in Florida, chances are you or someone you know  dealt with damage to their home thanks to Hurricane Irma. Hurricane Irma was so large that it covered the entire state at one point, with varying degrees of severity. A lot of homes made it out unscathed and just dealt with annoying power outages, but some were not so lucky. From missing shingles to missing entire roofs and walls, home repairs are a top priority to getting things back to normal after Hurricane Irma.

Some spent days preparing for Irma to hit, cleaning out grocery stores and lumber yards for provisions and protection. But bottled water and plywood can only do so much for so long. One of the first steps in returning to some normalcy after a chaotic storm like Irma is to assess the damage. This should be done by a licensed contractor, as not everyone is trained to see hidden danger/damages that aren’t easily visible.

Make sure you document all damages done to property after a hurricane. Irma hit hard in heavily wooded areas in Florida (Ocala National Forest was near the eyewall while Irma made her way north), causing many trees to come down. As long as it is safe to do so, and the area has been assessed by a professional or first responder first, take pictures of damage done to homes to apply to repairs and insurance claims later on.

One of the most common issues/repairs after a hurricane is flooding. Irma ended with causing major property damage with potential for mold. Another problem with this is any appliances that have come into contact with the flooding damage. This could hold a high risk for electrical shock or fire that could cause even more damage to the home. Keep electricity turned off in rooms where flooding has occurred and until repairs can be made to the affected area.

Besides flooding, another elemental danger wreaks havoc during (and usually the day after) a hurricane, wind. Wind is what causes the most damage because of the high speeds and shear force. It can rip an entire roof clean off a home, and take out a few other pieces of the house on its way. This is one of the more time-consuming fixes that will require the use of the licensed contractor and home repair people if it can’t be done DIY.

After a hurricane the likes of Irma, it can be a very stressful time. But with the right knowledge and professional help, your life will be back to normal, and your home will look better than ever. And hopefully even be able to withstand whatever else Mother Nature has to offer!

Quick Tips for Maintaining a Septic System in Central Florida

For those of us here in Florida not connected to a municipal sewer system, a septic tank on the property is most likely what you would find. Septic tanks can be a breeze to maintain if you follow a few helpful tips on what and what not to put into the system and how to care for the area around the system.